Our Adventures In Muffin The Bus!

Although it would be nice to restore MFN41R back to a bus, she would be just another Bristol VR with NBC orange vinyl seating. At the time of writing this, Muff has been converted as an exhibition unit for 24 years whilst she only spent 18 as a bus. Inside there's lots of space and the conversion features things like mains electric hook up with domestic interior lighting and new flooring.
Originally I was going to keep her as an  exhibtion unit and put some of the smaller items such as my timetables, bus stop flags and pictures on board to display. However, with the issues now sorted out on PKE807M the exhibtion has moved over to her now as she is a slightly more superior conversion. With all the weekend shows I attend with my family accomodation is always an issue. It either involves taking seats out of an exsisting bus or using a tent. With that in mind I decided to convert Muff to a mobile home. Three bedrooms upstairs and kitchen, bathroom and dining area downstairs. Outside will be restored as a bus.
Even though she's still very much work in progress we've still had some good times on her. 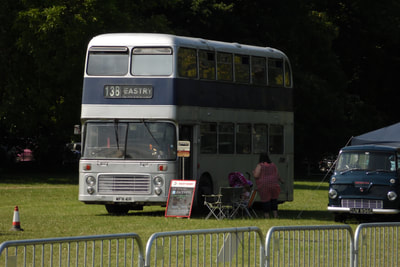 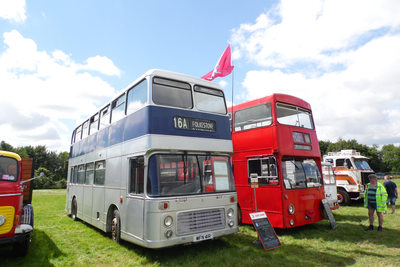 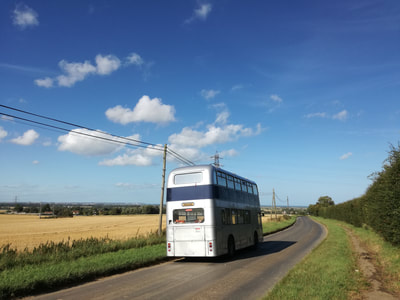 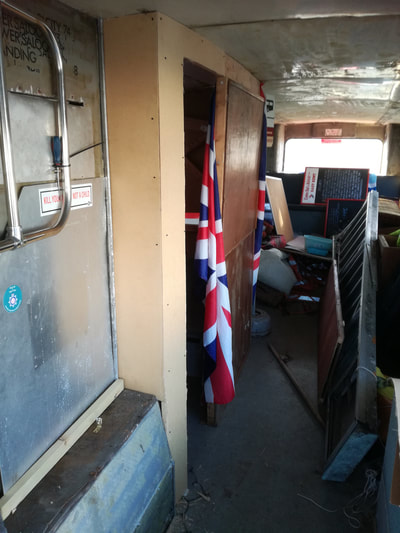 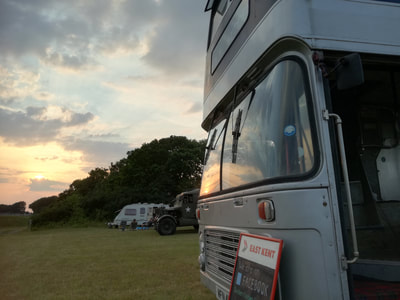 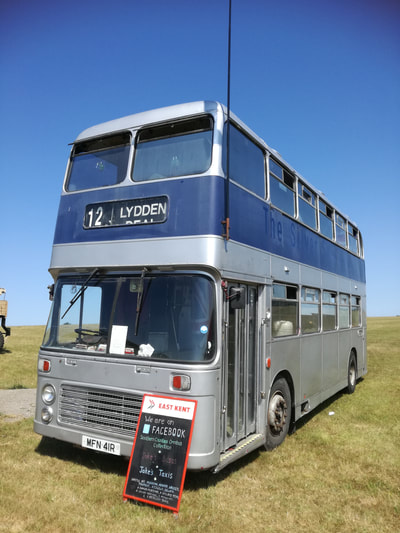 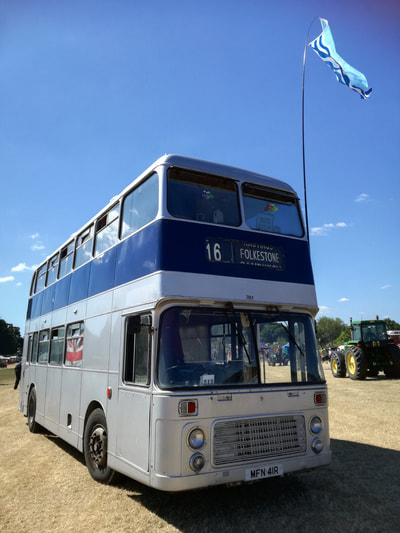 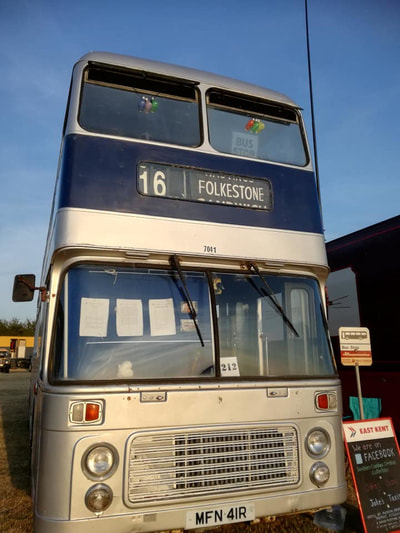 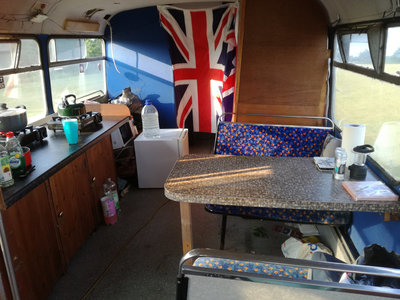 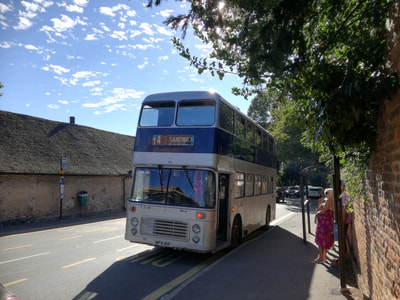 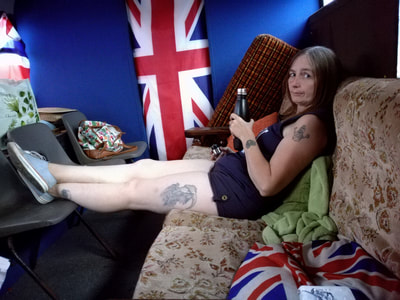 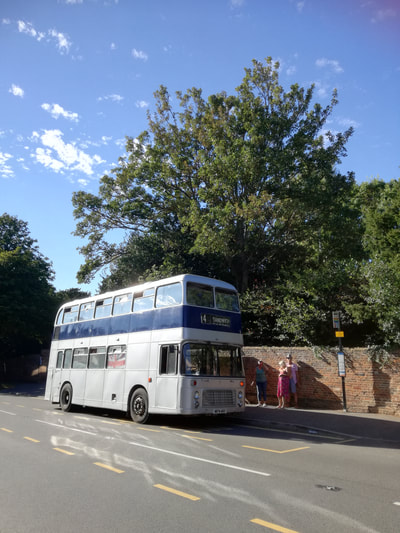 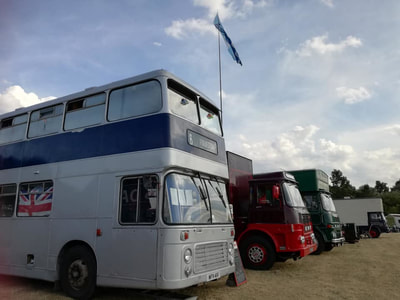 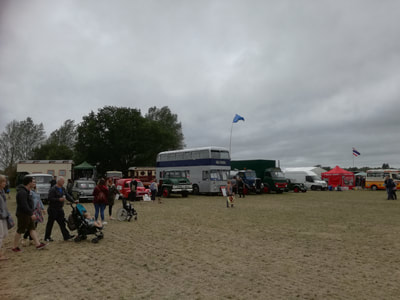 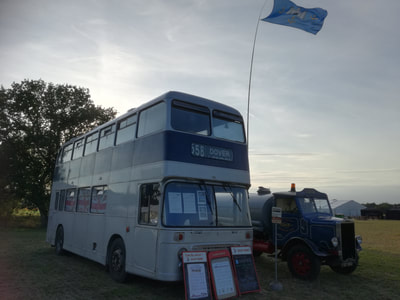 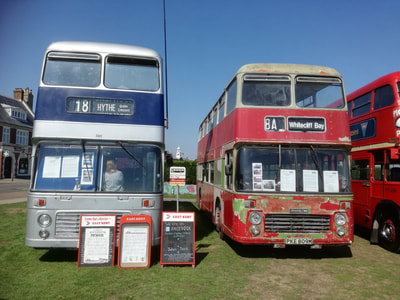 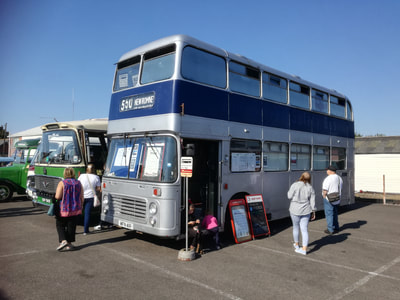 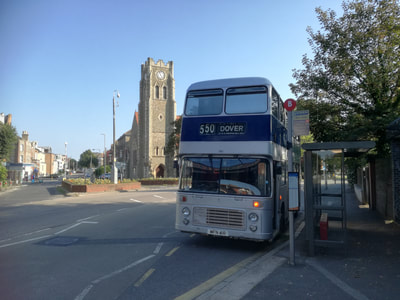