On Sunday 24th May Manston Airport in Thanet held an event near the Sptfire and Hurricane Museum with a flypast from a Spitfire. The Red Arrows were in attendance too, heading off to the Southend Airshow and also the Essex and Kent Police helicopter and a Typhoon Eurofighter. Along with the various stands and displays were various preserved military vehicles, the Silver Safety Bus (ex East Kent Bristol VR MFN41R) as well as two vehicles from the FotEK collection. AEC Bridgemaster YJG807 and 7681 both proved very popular with the public with many children having their pictures taken in the drivers seat of 7681. (Could these be the bus enthusiasts of the future?) Here are the pictures of the day. This was also 7681's first trip out of the season and, as usual, she behaved very well. 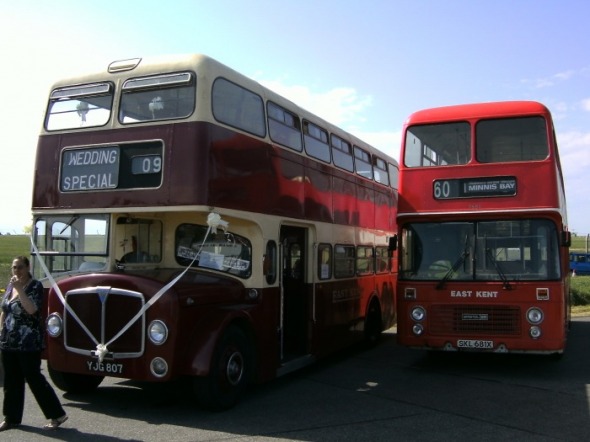 ABOVE: AEC Bridgemaster YJG807 and 7681 on the airfield shortly after arriving.

BELOW: Open for business with the Silver Safety Bus (MFN41R) behind. 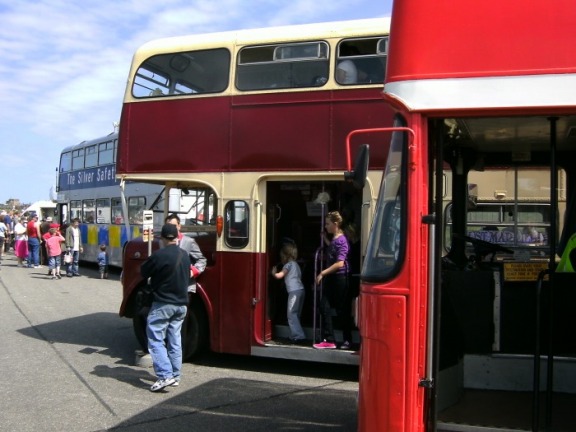 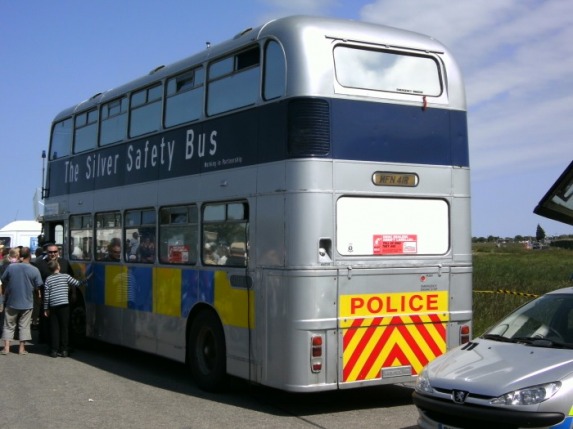 ABOVE AND BELOW: Fomer East Kent MFN41R in her guise as The Silver Safety Bus. A former Folkestone bus, when 7681 was first in preservation and stored at Thanet she was parked next to MFN. 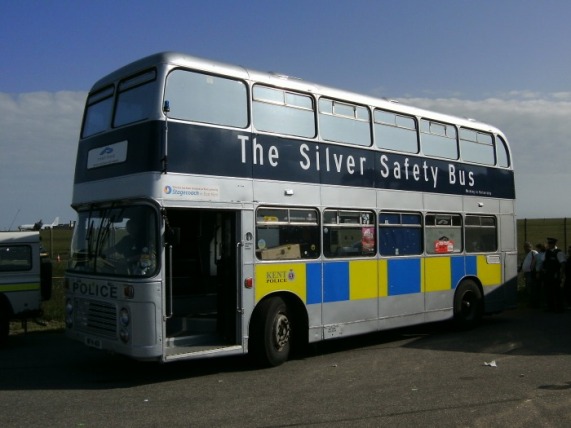 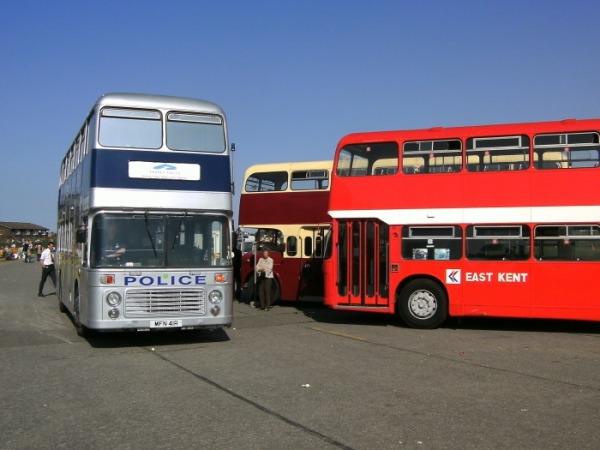 BELOW: Basking in the sun on the taxiway. 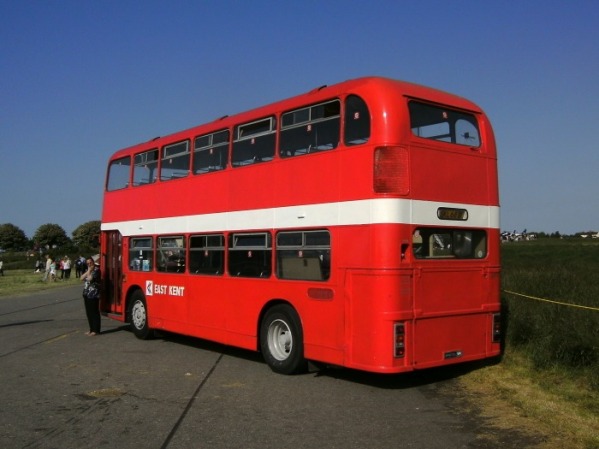 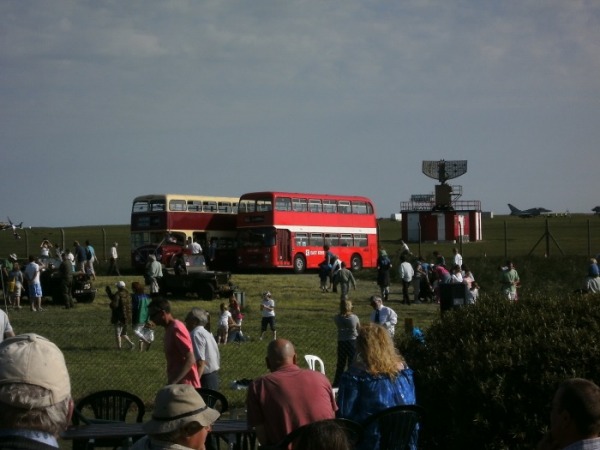 ABOVE: The crowds were out in force enjoying the weather. In the background in a Typhoon Eurofighter.

BELOW: Another shot of the buses this time with a Boeing 747 in the background. 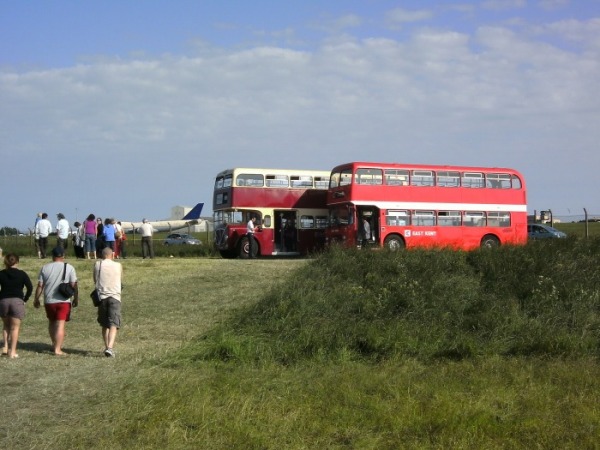